Every wedding gown has its story, but when your wedding gown just happens to be a family heirloom the meaning behind it goes deeper than most people would’ve understand. The dress of our newest Bridal Spotlight, was purchased in NY in 1953 and worn by the Bride’s grandmother on her wedding day later that same year, December 26, 1953. 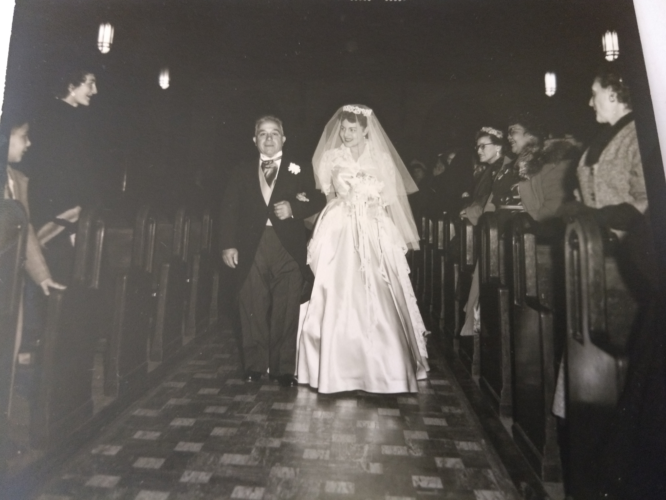 The dress was preserved shortly afterwards in NY. Later on her grandparents moved to Connecticut in 1957 and raised nine children, eight girls and one boy. It was in 1985 that her grandmother broke open the original seal as one of her daughters was considering wearing it for her wedding. She didn’t end up wearing it and her grandmother had it preserved again, this time in Connecticut.

None of her grandmother’s 8 daughters or any of her 17 granddaughters (30 grandchildren in all) ended up wearing the gown.

About three years ago, her mom Marisa was visiting her grandmother with her and her sisters (five girls and one boy) and were going through her closet and they saw the box and asked to see the dress. 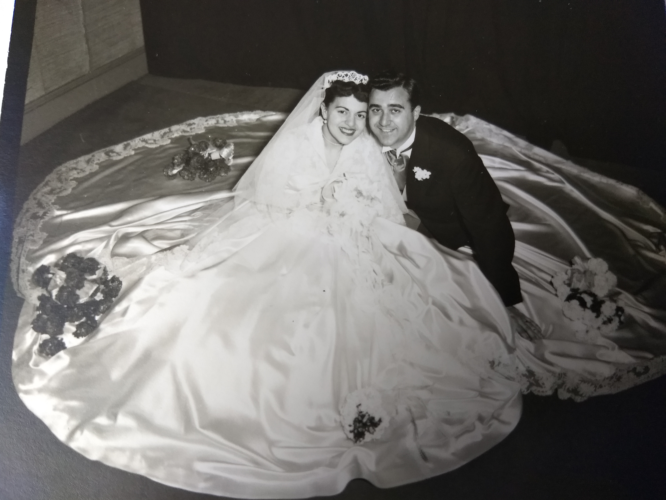 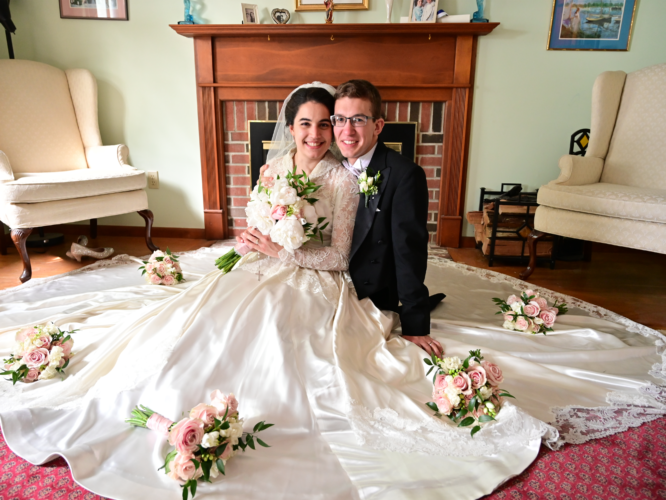 Last summer Elisabetta got engaged and within a few days went down from Massachusetts to Connecticut to break the happy news to her grandmother who immediately took out the dress for Elisabetta to try on. The decision was made immediately. The dress fit almost perfectly.

Within few days Elisabetta, moved out to Colorado and her mom searched for someone to take a look at the dress to see what should or could be done to brighten it up a bit. She almost sent it to a restoration facility in Texas. Not being too comfortable sending it so far away, she kept searching online and found Orange Restoration Labs. She took it to Sally, who said that the box looked like one of hers… So it just happened that her Mom had used Sally to preserve the dress nearly 30 years ago. 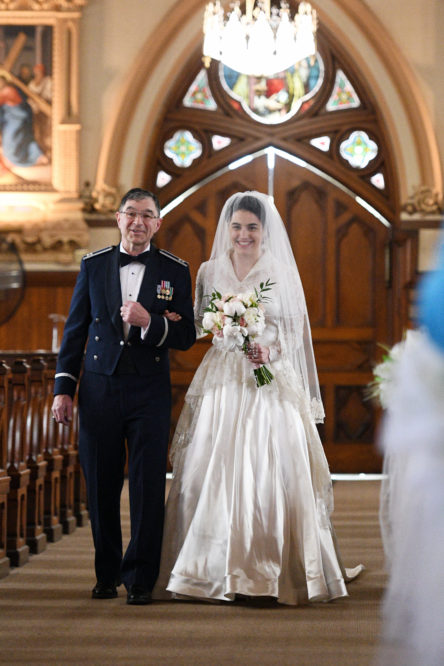 Sally thought the dress was in remarkably good shape and did not recommend restoring it. The color was lovely, and they agreed. Sally recommend having all the plastic beads replaced, which we did, and taking the dress to Margrete from Sew Olsen to add a French bustle. The only other adjustments to the dress were to open the shoulder seams a bit to allow for more arm movement, reinforce some of the buttons, hem the dress and press it. 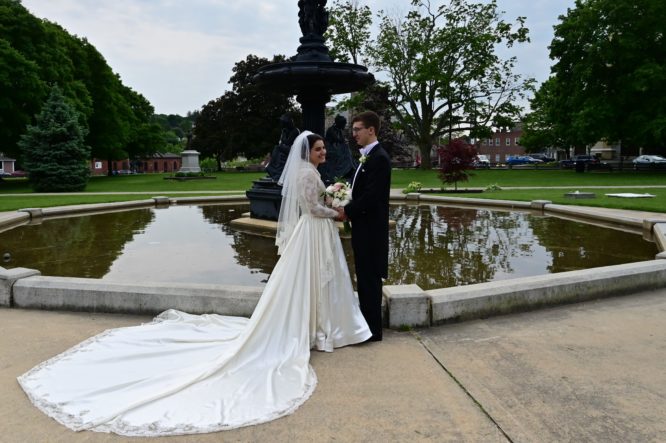 Elisabetta Anna Creaghan, 23, the granddaughter of Elisabetta D’Agostino Barbano, 90, was married in her grandmother’s dress to Mr. Timothy Francis Fill on June 1, 2019 at St John’s, Guardian of Our Lady Church, Clinton MA.

Did you find apk for android? You can find new Free Android Games and apps.
MENU